You are here: Home / Screen / Diary of Anne Frank 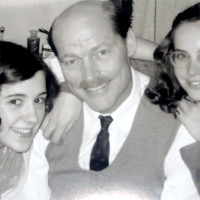 Wonderfully dramatized and quite beautifully acted. It is hugely heartening to begin a new year with a reminder that the BBC can still make fantastic, accessible drama.

The BBC’s current adaptation of The Diary Of Anne Frank is nigh-on perfect. This beautifully rendered version will hopefully have a powerful impact on younger viewers and may well be shown in English classes for years to come. Sensitively written by Deborah Moggarch with help of course from Anne’s remarkably articulate yet unmistakably teenage diaries, it also boasts a collection of perfectly pitched performances from the likes of Iain Glen, Lesley Sharp, Nicholas Farrell and newcomer Ellie Kendrick in the lead role. I literally can’t fault this superior slice of television.

One of the best television series I’ve seen in a very long time. Ellie Kendrick is brilliant in the title role with fine support from Iain Glen and Tamsin Greig amongst others.

Run over five consecutive evenings and with a fine script by Deborah Moggarch with wonderfully nuanced performances from all concerned:Beautifully filmed with unobtrusive attention to detail, the series is instantly engrossing and thanks to the irrepressible voice of Anne, full of humour.

It’s as close as you’ll get to a definitive version.

One of the best television series I’ve seen in a very long time.