You are here: Home / Screen / Tides (The Colony) 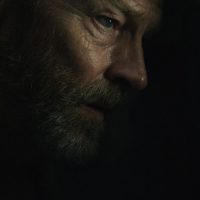 When Earth becomes uninhabitable for humans, the ruling elite settle on Planet Kepler 209. But its atmosphere makes the new inhabitants sterile.

Two generations later the Ulysses programme is set up to determine whether life is possible on Earth again. Mission Ulysses II is launched to confirm it one way or the other. The space capsule loses control when it hits Earth’s atmosphere. Blake (Nora Arnezeder) is the only astronaut to survive the landing – but she finds out that she is not alone on Earth. A fight for survival begins and Blake has to make decisions that will determine the fate of humanity.

The film was released as The Colony in the USA on 27th August 2021.

The impressive, atmospheric second feature from Tim Fehlbaum balances hope for the future of mankind against the grim realities of a neo-colonial dystopia.

Atmospheric sci-fi anchored by an engaging performance from Nora Arnezeder.

– Shadows on the Wall, Rich Cline

Set on a post-apocalyptic Earth half-way between Mad Max and Waterworld comes a nifty sc-fi adventure that gives fresh visual polish to some well-worn ideas about rebuilding society from the ashes of the wasteland.