You are here: Home / Screen / Trial and Retribution II 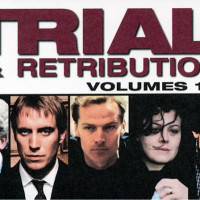 Three women are abducted, raped, mutilated and left for dead.

When one survives, she is able to finger the charismatic Damon Morton (Iain Glen) as the perpetrator, and initially it looks like an airtight case. However, when Morton’s three employees each step forward to take the blame, and his wife Cindy provides an alibi, things become much more complicated. Morton is clearly guilty, but with his charming smile and personality he seems to have everyone under his sway… including the jury. Many believe this is the strongest of the Trial and Retribution series. Television this daring is all too rare.

Trial and Retribution 2″ was compelling. David Hayman was mesmerizing as Det Supt Walker and a very large bouquet of red roses to Iain Glen who, in the controlling, demonic serial killer Brian Morton, created one of the great T.V monsters of all time.

It was utterly gripping. David Hayman and Iain Glen were magnificent, the one restlessly explosive, the other glacially implosive. Because the script and the playing were tip-top, the split screen offered even more. Sure this is Grand Guignol, but so is ‘Psycho’. We knew who dunnit, but only a gruesome twist in the tale prevented his motiveless malignity going unpunished.

Iain Glen who, in the controlling, demonic serial killer Brian Morton, created one of the great T.V monsters of all time.