You are here: Home / Press / Scotland on Sunday (Macbeth) 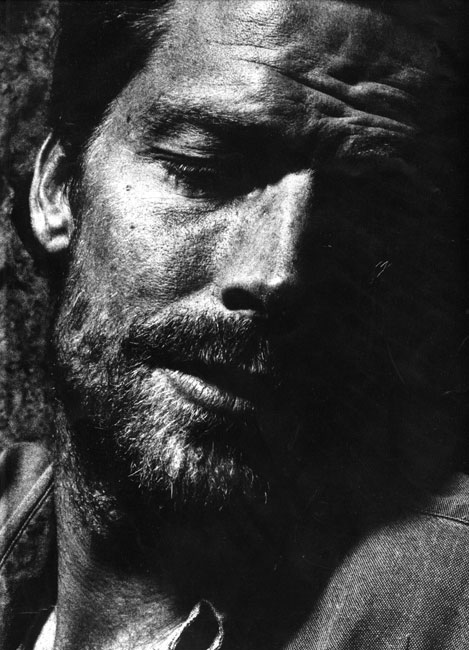 Double, double, toil no trouble. Iain Glen has never seen Macbeth produced but sees this as an advantage as he eases himself into the character. The next King of Scotland talks to Arts Editor Richard Mowe.

Familiarity breeds a certain kind of actorly contempt. For Iain Glen such a threat has become a mild obsession.

There cannot be many actors of 32 who have never seen a production of Macbeth. Glen, who tackles the troubled Thane in a joint Mayfest production between the Tron Theatre, Glasgow, and Dundee Rep, is that innocent at large.

He shrugs off the interviewer’s incredulity, muttering that “to be honest I was not a great theatregoer until I started acting. Then the explanation comes tumbling out in the sort of staccato bursts with which Glen tries to define his craft: “It’s essential to keep an open mind. I think familiarity of a certain kind is not that necessary or that creative it is quite helpful in a way to be in a state of blessed ignorance. I am naïve but in a positive way. I do not worry about it all excessively. You have to throw caution to the wind a wee bit. These plays are locked into people’s imagination and you have to escape form their preconceptions.

He concedes it is common sense to have a certain technical fluency with the considerations of the part, but otherwise in terms of simple storytelling, and character development “you have to escape from the myriad books that have been written about it and the endless echoes of actors who have endlessly performed the part, and make it your own. He had, of course, read plenty of Shakespeare and formed what he terms his own private relationship with him as a writer.

Having got that off his chest, Glen uncoils his gangling frame to reflect that the technique worked for his Hamlet at Bristol Old Vic (actually he had seen one production) and there is no reason to suppose it should not perform a similar feat for Macbeth.

His performance as the Prince of Denmark in Paul Unwin’s production earned much positive feedback. Critic Michael Coveney opined that he was “quixotic, technically round an air of dangerous unpredictability, blindingly powerful although there were dissenting voices, notably the Independent’s Paul Taylor who referred to Glen’s “vocal timbre and nervous laugh as being disconcertingly reminiscent of Michael Crawford in Some Mothers Do ‘Ave ‘Em.

Glen takes a perverse delight in setting himself such hurdles. At the time of Hamlet he said: “You have got to do it. It is the greatest classical part written for a young actor. You can’t say no.

Equally, when he was presented with the opportunity of doing Arthur Miller’s rarely staged The Man Who Had All the Luck at the same theatre in honour of the playwright’s 75th birthday, he seized the opportunity first and reflected at the enormity of the task afterwards.

He played one of two warring brothers in a typical Miller family saga first presented on Broadway in 1944. Then it was badly directed, panned by the critics and never resurfaced. Glen, who was on a promotional trip to the States for his film, Mountains of the Moon, went to see the great man himself. “We talked about the play, and then I asked him to read it through, and somehow just hearing him do that helped me to possess it, listening to the man who had created it made it more real and not so otherworldly, and not a million miles from what you had thought of it yourself. There is nothing like going back to the original source, yes I wish William was around, says Glen, musing briefly on Macbeth.

Despite a burgeoning film and television career which, for financial security alone, would be the envy of some of his contemporaries, Glen always yearns to return to his stage roots. If he has any strategy, it is to pack in as much variety as possible. His films have ranged form mainstream Hollywood to the rigorous demands of David Hayman’s Silent Scream, for which he won a 1990 Berlin Film Festival Silver Bear for his performance as Barlinnie hardman Larry Winters. Although he shrugs off hype and glory, he concedes it was satisfying that “someone, somewhere along the line who was not your mum or dad believed objectively that you had done not a bad job. Such unassuming modesty suits him and appears genuine. He played the incongruous Victorian explorer John Speke in Bob Rafelson’s Mountains of the Moon for which he spent much time hanging around in the wilds of Kenya; he was Sigourney Weaver’s suspect research student in Gorillas in the Mist; he had a brief sexual liaison with Charlotte Rampling in David Hare’s political thriller, Paris By Night; he went to Ireland as the vengeful Willie Quinton whose life is shattered by the Black and Tans in the film of William Trevor’s novel Fools of Fortune and slotted in a small role as Hamlet in the screen version of Rosencrantz and Guildenstern are Dead. On television, which he watches rarely, he made an impression, and gained a fan-club following, as the young amoral London gangster in the Fear (accent courtesy of Ian Dury, appearing with him at the time in Jim Cartwright’s Road at London’s Royal Court) and last year starred as the celebrated Vietnam news photographer Tim Page in a four-part series, Frankie’s House.

Glen cheerfully admits he will take on assignments as much for the experience as the intrinsic merits of the role, which partially explains the absence of periods of “resting since he left the Royal Academy of Dramatic Art with a gold medal in 1986. Before coming to the Tron he played Edgar in King Lear at the Royal Court in London, and had just finished a film with Harvey Keitel, Young Americans where he played an incompetent CIA officer trying to bust a European drugs ring. About the film he says with refreshing candour: “Don’t hold your breath. After Macbeth he is set for Michael Frayn’s new comedy This is Where We Are directed by Michael Blakemore at the Donmar Warehouse.

Before his gold medal, Glen had been an academic underachiever. He had “a formal and uninteresting public school education as a teenager in Edinburgh, claiming to have been “academically unorientated. He attended Aberdeen University a year later than some of his classmates after resits but there he found sudden salvation in the form of four lines of dialogue in a student drama society production. He appeared alongside his elder Brother Hamish, now director of Dundee Rep. He quit Aberdeen for RADA a year before his English finals, to the disapproval of his parents (his father is a financier, and his mother an occupational therapist).

Apart form Silent Scream, films have not provided the challenges he seeks, but the promotional rounds have knocked off some of the rough edges which used to defeat interviewers, earning him a bit of a chance of directing somewhere down the line but finds the spectre of addressing an opening speech to a room full of actors awesome. “I am deeply impressed by directors who can talk about a production for 20 minutes without cracking up,î he says.

Marriage to actress Susanna Harker whom he met first as his long-suffering wife on The Fear has given him a stability he had found lacking, even if they have to spend a lot of time apart.

The key to Macbeth, he believes, is in the astute portrait of a loving relationship ruined and destroyed through the course of the tragedy like no other relationship in Shakespeare. “The speed of the way it evolves is very exciting. Shakespeare has this demonic control on the minds of the characters and it is the way the characters suck that in and let it affect them and the way their fate seems to be dictated that presents a wonderfully taut drama with no meandering subplots.

Director Michael Boyd had waited two years to sign Glen up for the role and he hopes “such collaborations can help occasionally to reverse the usual flow of Scottish talent to London. Boyd hopes he has come to grips with the play’s unlucky reputation. “It deals with the realities of evil, darkness and despair. This is very strong material, which handled in bad faith can only cause harm. I do, however, read the play as ultimately redemptive, and quite appropriate for spring, post-Easter, taking us as it does from embattled winter, quickly through a false spring, into a dark and frosty hell, and finally on to a reassertion of natural and positive values with the tyrant’s castle defeated by a forest.

Glen becomes animated at the vision, professing without wishing to sound pretentious that one of the beauties of the job is its “completeness – there is a beauty to that. “You are your instrument, he intones in mock-Gielgud tones of seriousness, “and there is nothing in the world that you should not be curious about. And curiosity, of course, never breeds contempt.