You are here: Home / Press / The Sydney Morning Herald 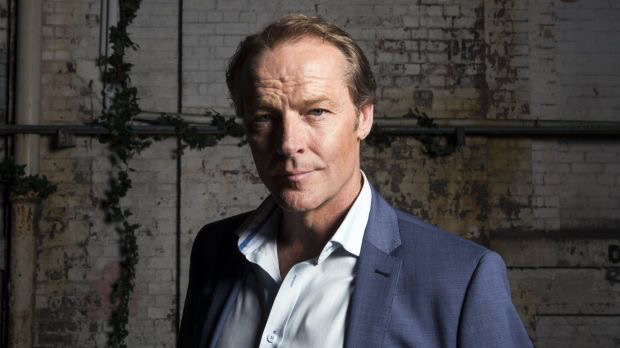 The Scottish actor, sitting on a grassy Coogee hillside with the sun on his face and fair hair, leans back on a white plastic chair. “I go all over Sydney really. My most common journey is over to Manly on the boat when I have a day off. I’ve found a lovely National Park alcoved beach where the surf doesn’t hit that’s idyllic.”

He is also keen on catching the train to Central from Circular Quay and walking to Surry Hills, or the bus to Bondi. “I’m always on trip planner working out my route.”

Of all forms of transport Glen, or Ser Jorah Mormont, as he is known to the fans in the 170 countries where Game of Thrones airs, would really prefer a bicycle.

“I don’t really like taxis,” he says. “It might be a Scottish gene.You know, ‘Ohh that’s a waste of money.’ But you see a city differently from a bicycle, the parks and backstreets. I feel very cut off in a taxi.”

But Sydney, he has noticed, doesn’t seem too bicycle-friendly. “That will probably offend someone but I think they’re trying to make changes the way London is. But, early on, I made the decision not to go bicycle and to go Opal card. It’s great. I’d sell it to anyone.”

The Scottish actor is in Sydney to work on the ABC TV drama Cleverman. Locations include Bunyah, the former clifftop Coogee home of John Singleton, and the railway yards of Eveleigh.

But Glen is perhaps best known for playing the sturdy monosyllabic Ser Jorah Mormont in Game of Thrones, which starts its sixth season on Monday. Downton Abbey fans may remember him as the ruthless and urbane newspaper tycoon Sir Richard Carlisle but it’s his role in the HBO series that drew an average gross audience of 18.6 million for season five and is the most-watched series in Australia subscription TV history, that is his most famous.

“Game of Thrones has turned into a phenomenon none of us could have predicted,” he says.

“I feel very lucky. It’s been a treat to work on. David Benioff and Dan Weiss, the showrunners, the writers and producers, are very cool and very good fun to be around. And I’ve noticed for everyone involved, for Dan and David especially, confidence surging though each season as it has grown in popularity. And that’s nice from the position we all started in.

“But now there’s something horrible creeping up my wrist [Greyscale] and all I can say is fingers crossed I’ll still be alive.”

Born in Edinburgh, Glen trained in theatre at the Royal Academy of Dramatic Art (RADA) after discovering theatre at Aberdeen University when the drama group went to the Edinburgh Festival Fringe in 1981 to perform Martin Sherman play Bent.

He was schooled, mostly unhappily, at Edinburgh Academy, which did not encourage the arts. His Fringe experience lit an artistic fire.

On leaving RADA in 1985, just after winning the school’s Bancroft Gold Medal, he went straight to work on TV film Blood Hunt and Henry V for the Royal Shakespeare Company.

Since then he has swung between significant stage and screen parts in Lara Croft: Tomb Raider, Gorillas in the Mist, The Iron Lady, Resident Evil, Spooks, Doctor Who and 2016 British thriller Eye in the Sky, West End musical Martin Guerre and acclaimed performances in plays by Arthur Miller, Shakespeare, Ibsen and Chekhov.

In 1998 he appeared with Nicole Kidman in her career-defining (and, famously, briefly naked) British stage debut in The Blue Room, which went on to Broadway, and was directed by Sam Mendes.

He points out that he cart-wheeled entirely nude across the stage during the play “for nearly 10 minutes”.

“I was front-on naked. Hardly anyone talks about that.”

Kidman admitted she was so nervous on meeting Glen she felt like vomiting: “I had heard how brilliant Iain was on stage and he was formidable just as a person,” she said in a 2002 interview.

Glen downplays his reputation as a revered stage and screen thespian. He is proud of being an actor, and his career, but not prone to swaggering or intellectualising his craft, going so far as to call himself “thick”.

“I think it’s part of the razza-matazz and the projection that people put onto actors that people presume that it’s a very elusive and high art. It’s a very practical business, acting, in my experience anyway. It’s a very simple process.

Sometimes, he says, he does fear an element within a project, a certain kind of scene.

“But I don’t think I’m brave enough to say what those kinds of scenes would be.” 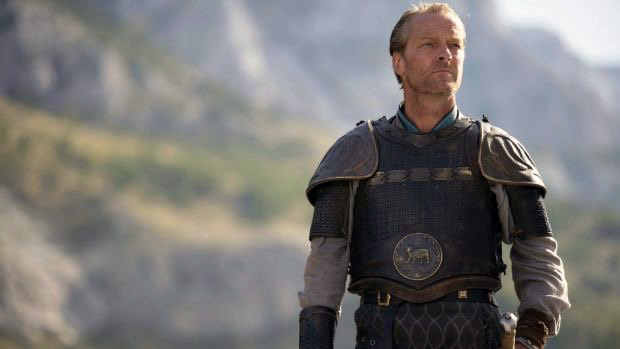 Talk of being a pin-up is met with a modest smile and some hair ruffling. He rarely watches his films or recordings of theatre work, but not due to fear or nervousness.

“You get whipped up into a sense of belief and, sometimes, when you see the finished product it doesn’t match what it is that you thought that it was. And I don’t think that it ever would and, in some ways, it shouldn’t.

“So, I like to keep the pristine notion of what it was. That sense of not quite knowing how it manifested is a lovely manifestation.”

He lives in London with his partner, actor Charlotte Emmerson, and their two daughters. He has a 21-year-old son with his first wife, actor Susannah Harker. He has, he says, been “at my absolute happiest” at the births of his three children.

He cycles everywhere, although he may have updated since the 18-speed mountain bike Kidman gave him as a Blue Room first-night gift 18 years ago. When filming he always takes a guitar to fill-in time between scenes.

“I love acoustic guitar with voice – everything from James Taylor to Bob Dylan. I can’t read music but I can listen to it and work out what the chords are.”

He is, he says, a keen exponent of “simple tasks”.

“I think we do tend to over-complicate, over-analyse our lives. A simple activity is very good, very calming.”

Cleverman, Glen’s second appearance in an Australian screen work (the first was the 1992 TV film Frankie’s House), is an eerie dystopian sci-fi TV drama series set in the near future and rooted in Aboriginal mythology.

Conceived by Ryan Griffen, the series centres on a super-humanoid species called the Hairypeople who emerged from the Outback and now live in The Zone, a controlled ghetto-like area within the city.

This uneasy existence explodes when, after a series of murders in the city, authorities begin to clamp down on runaway Hairypeople, who they consider sub-human, creating a crisis of survival.

Glen plays Jarrod Slade, a media mogul and billionaire businessman who appears to want to help the “hairies” but may have an ulterior motive.

“I just looked at the writing which is always the first contact you have, as an actor, with any project, and it’s nearly always what I judge anything on, whether I’m going to do it or not,” Glen says. “The writing gives you so many clues as to what the project might entail, and the character of the people behind it, and if you’ve got a fantastic piece of writing then it’s always deeply reassuring that you’re going to be in safe hands.

On reading Cleverman’s first two scripts, Glen “jumped at it”. He had already developed an interest in Australia’s indigenous history during filming for Frankie’s House and undertook more research on getting the part.

“It is constantly intriguing and, even for those who know a lot more about Aboriginal culture than I ever will, it’s still shrouded in mystery. It seems to be because there are so many different languages, so many different variations within the culture.

“Even some of the central things which are involved in this drama, like The Dreaming and like the Cleverman, when you ask those in the know to articulate it, they stumble. It’s hard to express.

“And obviously I wasn’t unaware of the conflicts that have been part of the Australian history. And I think they overlap unfortunately with the many indigenous populations all over the world when colonisation was taking place or when new people were coming to occupy territory.

“So it felt like an important subject and [one that is] probably not dealt with enough. I think what Cleverman does is a very different look at it, a very brutally honest look at some of the things that took place, but in a setting of the future.

“It has very strong echoes of Australia’s past. In a way you’re liberated by its setting in the future. Some truths can be very clearly told that perhaps are harder when you’re just looking at factual history.”