You are here: Home / Press / The Guardian (Tomb Raider) 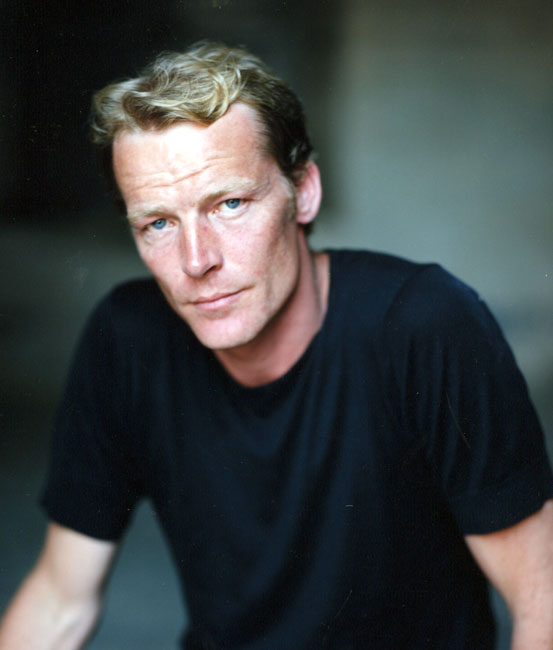 The Scottish actor Iain Glen arrives for our interview looking particularly mean. His hair has been dyed black, swept back and extended for a classic evil baddie look, to fit in with his role as Lara Croft’s malevolent nemesis in the feature-film adaptation of the computer game Tomb Raider, in which he stars opposite Angelina Jolie. Then he goes and ruins the fa­ade by being nice.

Glen is at that position in an actor’s career where he is the first choice for a certain recognisable television role – the boyish, slightly off-kilter, but down-to-earth bloke who understands women, typified by his sports journalist in Glasgow Kiss – but not to the extent that he has been typecast, meaning that he can play a cad too. The ITV two-parter Anchor Me seems perfectly suited to his particular abilities. He plays Nathan, a Somerset boy who has educated himself out of his class, returning home to his dying mother with the hope of making his family face up to the death of a younger brother. What starts off as typical Barratt-Homes Sunday-night middle-England drama develops into a web of intrigue spun by fraught emotions, with the classic British trait of keeping up appearances at the root of all the problems.

Glen’s character is also trying to deal with a communication breakdown with his son, and a loss of excitement in marriage, on top of coming to terms with the long-buried family tragedy. On returning home he reaches back into the salad days of his childhood as all these crises loom down on him, and unfortunately finds consolation in the arms of his teenage sweetheart, now married to his rather brutish brother.

“Most television dramas are reduced to the point where you only have a simple objective to convey by a simple line, but the stuff of life is often when we’re saying we’re incredibly happy with something when in fact we’re fiercely jealous and so on. So if writing conveys that, it’s easier to play because you’re immediately in a familiar situation. Underpinning the whole drama is the idea that people miscommunicate.î

Another theme is the sibling rivalry between the one who escapes from the nest and the one left to fend for the family in the shadow of the more glamorous other. Surprisingly Glen claims to be of the latter category. “As my brother so touchingly and wittily put it in his best man speech at my wedding, he didn’t recognize I had a personality until I was 18, so it was hard to remember anything flattering to say about me. I felt in his shadow when I was young – I’d like to put it down to the fact that he was four years older than me, but maybe it was just that I wasn’t very capable at anything much. Anyway you use this kind of experience for acting – it’s broadly what you would call emotional memory. You probably remember it bigger than it was to sharpen the feeling to make it useful.

Glen has reached that stage where he is sometimes mistaken for his characters. “I played a serial killer once, and had guys coming up to me who had decided I was fucking hard and dangerous and they wanted to take me on. When it happens I get very mincey and run.î Recent projects could up the danger ante further. He played a cad in last year’s adaptation of Wives And Daughters, and next year his diabolical villain will bring a British flavour to Tomb Raider. “It has an English setting – and I’ve got to be careful here because we’ve all signed secrecy contracts – but Lara’s looking for mysterious elements for the good of the world, and I’m doing it to destroy. That’s safely vague. I’m enjoying it immensely. We were shooting at Battersea Power Station at night, and the whole sky was lit up, vast machines were going through the shots, smoke everywhere, multi-coloured welding effects falling from the skies, and I’m thinking, what am I doing here, wee Iain frae Scotland! But my character was making it all happen. It’s a real treat.