You are here: Home / Screen / Kidnapped 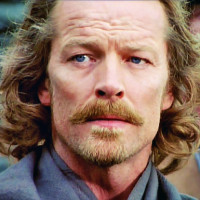 3-part drama. In the politically divided Scotland of 1751, orphaned David Balfour leaves the peace of his idyllic Lowland home to seek out his inheritance from his estranged uncle.

But before he can claim his rightful fortune, young Davie is launched on an extraordinary adventure where he must battle with slave-traders, evade capture by the British army’s finest troops and learn some harsh truths about himself along the way. Fortunately for Davie he is helped in his quest by the one man in Scotland who is able to outrun and outwit the cleverest and most dogged of pursuers: the notorious and flamboyant Jacobite rebel – Alan Breck.

Kidnapped remains one of the most exciting adventure stories ever written and this brilliant adaptation of Robert Louis Stevenson’s classic novel is sure to excite and enthrall children and adults of all ages.

This sublime and riveting television adaptation shows why Stevenson’s novel remains such an enduring classic. The high seas of the 18th century and the rugged Highlands of the Jacobite rebellion are the tempestuous canvas upon which Davey struggles to find a new place for himself in the world after his uncle sells him into bondage. The cast, lead by a wonderfully flamboyant performance by Iain Glen, are excellent. And relative newcomer James Pearson makes Davie a very sympathetic central figure.