You are here: Home / Screen / Rosencrantz & Guildenstern are Dead 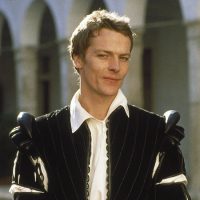 Showing events from the point of view of two minor characters from Shakespeare’s Hamlet, men who have no control over their destiny, Tom Stoppard’s brilliantly witty film examines fate and asks if we can ever really know what’s going on?

Are answers as important as the questions? Will Rosencrantz and Guildenstern (or Guildenstern and Rosencrantz) manage to discover the source of Hamlet’s malaise as demanded by the new King? Will the mysterious players who are strolling around the castle reveal the secrets they evidently know? And whose serve is it?