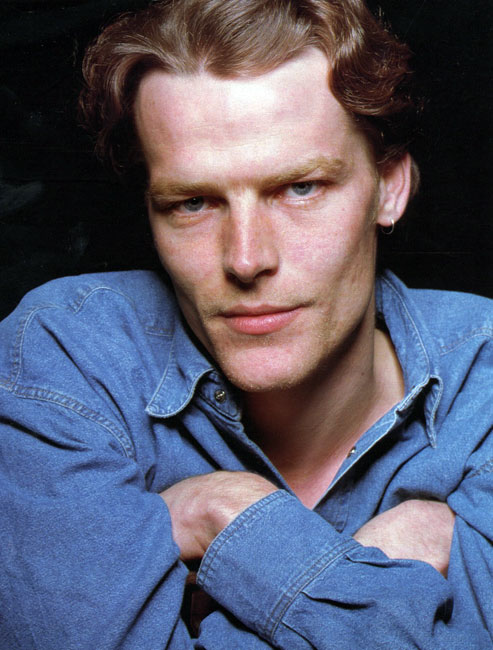 Gorgeous Iain Glen. A Canny Scotsman. He’s set for the top – but only on his own terms.

“Smart…trendy…cool…vicious.” Such were the words lavished last spring, in admiration or outrage, on an ITV serial with the brutally direct title of The Fear. It was about the new breed of “designer criminals” – young in years, rich in consumer goods, ruthless in what they will do to acquire a desired lifestyle and push their way up the social ladder.

Most of “the fear’ in the serial was supplied by 26-year-old Iain Glen, a relatively unknown actor who made his mark on impressionable viewers, not to mention irate defenders of law and order, by the swagger with which his character, Carl Galton, wore his Armani suits, handled his Porsche and kicked his enemies, when they were down and bleeding, with his Gucci footwear.

Going to interview Glen, I wondered which of those words I’d have to strike out when I met him in person. After just one minute in his presence I knew the answer – all of them. I am used to meeting actors and finding them nothing like their roles, but I wasn’t prepared for the shock of Iain Glen. He’s so calm, cool and basically nice that he leaves you wondering where all the power of transformation comes from. In fact, that’s his strength. For the best actors are born to dissimulate – you can’t read the fantasy in their flesh until they assume the character they are playing.

Quizzed about the morality of The Fear, Glen defends his role by reference to the accuracy of writer Paul Hine’s creation of a young monster like Carl Galton. “There’s nothing of me in him, absolutely nothing, so I can be pretty objective. But I’ve had to cope with people coming up to me in the street and saying, ‘Great!…He’s real…He’s just like a guy I know.’ I have to accept that The Fear does say something about the late 1980s and a certain kind of success-drive. Only it takes it to extremes. Instead of saying ‘Get on yer bike,’ the serial said, ‘Get in yer Porsche’.

“Another thing people couldn’t abide about it was kids who had so much so young. If Carl’s gang had been in their forties, I don’t think there’d have been the outcry there was. It wasn’t exactly a glamorising of violence, it was an inflammation of envy.”

Glen’s decision to be an actor was like the source of his acting itself – instinctual. “I was going to Aberdeen University to read English. I was a bit aimless and the family were pretty desperate.” Suddenly, campus dramatics pointed him in a new direction. “I was possessed by the desire to act. I applied to RADA” – London’s Royal Academy of Dramatic Art- “and practically got down on my knees to get in.” He got in, and in his last year at RADA he won the Bancroft Gold Medal, a very prestigious honour.

Now, five years after leaving his native Edinburgh, he has filmed in Paris with Charlotte Rampling and in Kenya with Sigourney Weaver, and he’s starring in Tom Stoppard’s play Hapgood as an M16 hit man. He’s contracted to be in Hapgood until September, but already he’s pushing his plate out for “more”. In fact he himself looks more in need of fattening than his career does at the moment, although the lean looks of those concave cheeks are flattered by a film camera and are adaptable.

His hair is wiry and wavy, his eyes a helpfully neutral grey. He dresses down, in limp shirt, faded blue jeans and Oxford-blue canvas shoes. Only a very tiny earring in his left lobe seems to signify a break with the middle-class father (an accountant) and mother (a devout Presbyterian church-worker) he’s left north of the border, Glen now lives in London’s Peckham Rye, with his accountant brother “who’s far more conservative”. His eldest brother is a theatre director in Glasgow.

The Stoppard play offered Glen what he first goes for in a project – “good writing”. But he freely admits to difficulties in a play that deals in ideas, such as the resemblances between double agents and the ambiguous particles of quantum physics, rather than narrative situations he can relate to. “I try to make the ideas felt, not simply heard.”

Iain Glen probably slots more comfortably into film and TV work that calls on him to “do” things. Such things as releasing Charlotte Rampling from the rigours of her career as a cold, ambitions, conservative Euro-MP in the film Paris by Night, written and directed by David Hare. “She’s had to repress her womanly warmth to do the job,” says Glen. “I play a young industrial designer who puts her in touch with life, not just legislation.” The film contains his first nude love scene, “though David filmed it in close up, so it wasn’t too embarrassing.”

In his other film, “entitled Gorillas in the Mist when I made it, but it may have changed since,” he plays a research student in a drama based on the unsolved death of the American Zoologist Diane Fossey, who put more trust in apes than in humans. This was a more clinical experience for Glen. You feel he valued Charlotte Rampling’s willingness to “give” compared with the more intense approach to acting adopted by Sigourney Weaver. His own girlfriend is Susannah Harker, who played Carl’s wife in The Fear.

Iain Glen may not be smart, trendy, cool or vicious, but the boy who hankers to take up the classical guitar and drinks “unknown quantities” of Earl Grey tea has got his aquiline, handsome Scots head firmly screwed on. He is real. He is earnest. And if the top is his goal, he is going to make sure that the steps by which he’ll get there are worth taking.