You are here: Home / Press / The Independent (The Cane Field Killings & Game of Thrones)

The Independent (The Cane Field Killings & Game of Thrones) 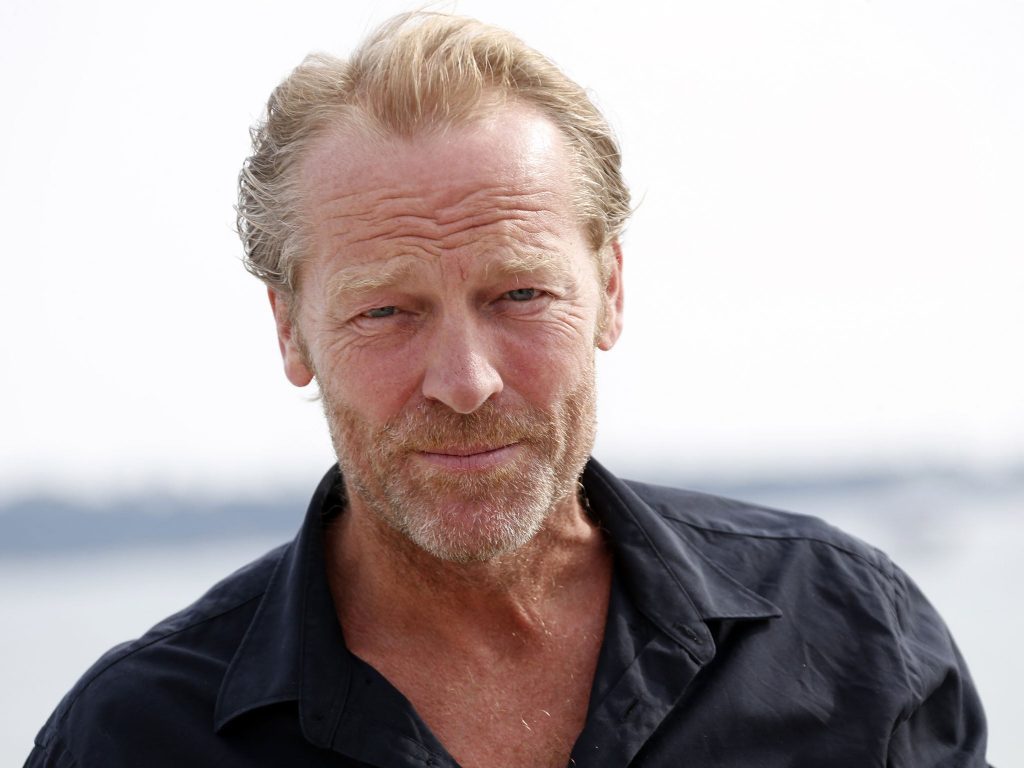 The Scots actor talks to James Rampton about playing an incarcerated paedophile in his new South Africa-set detective drama, this year’s Oscars, the DC Universe… and that controversial ending

It is the Spanish super-fans who go particularly wild for Iain Glen. Whenever they see the Game of Thrones star in the street, they are instantly transported into a state of delirious excitement.

The 60-year-old Scottish actor, who played fan favourite Ser Jorah Mormont, the loyal counsel to his unrequited love, the Mother of Dragons, Daenerys Targaryen (Emilia Clarke), for all eight series of Game of Thrones, takes up the story. “I always thought the Spanish were slightly less effusive, but the fans there are wonderful.”

All the same, Glen concedes, occasionally the Spanish aficionados can go slightly over the top. “People just completely grab you and start kissing you and taking selfies without permission, but somehow the Spanish do it in a way that is very forgivable!”

That level of attention could prove irksome, but the actor takes it in very good spirit. Glen, who is married to actor Charlotte Emmerson and has three children, is clearly comfortable with the profile that HBO’s adaptation of George RR Martin’s bestselling novels has conferred on him. “Who could begrudge on a daily basis someone saying, ‘Hey, I can’t believe it, you’re fantastic’? I think most people in life could do with a bit of that.”

The other side of the fans’ passion for Game of Thrones, however, is that they feel really possessive of the show and are quick to voice their displeasure. For instance, many of the show’s millions of fans were dissatisfied with the ending of the drama in 2019. Some even launched a petition asking the producers to remake the whole final season. They saw it as rushed and thought it failed to do justice to characters they had forged a deep relationship with over the previous eight years.

Glen acknowledges their unhappiness about the conclusion to Game of Thrones. “Where it landed in the end was not what a lot of what people wanted,” he says, “but Game of Thrones had done that from the beginning, and it had always been exciting. No one wanted Ned Stark to get beheaded in the first season – ‘no, that is really wrong, that couldn’t happen!’ – but he did. And so throughout the series, those sorts of unexpected things happened.”

For all that, Glen would not have changed anything about the resolution of Game of Thrones. “I wouldn’t have done anything differently. Being inside it, I really could understand and supported the decisions that were made by the writers and where they took the story. But Game of Thrones is like my child, so maybe it’s no surprise for me to say that!”

The latest character Glen is playing is the polar opposite of the morally upstanding Ser Jorah. In the South African detective drama The Cane Field Killings, which arrives on Channel 4 on Sunday, he portrays a malevolent child abductor, the fictional Angus Speelman.

In this chilling eight-part drama, Reyka Gama (played by Kim Engelbrecht), the woman Speelman kidnapped as a 12-year-old girl 22 years earlier, is now a highly regarded, if troubled, criminal profiler. As she investigates a series of grisly murders in the sugar cane fields of KwaZulu-Natal, she finds herself increasingly drawn to her imprisoned former captor. Even when cooped up in a high-security jail wearing an orange boiler suit, he manages to get inside her head.

Exhibiting a form of “Stockholm Syndrome”, Reyka is soon enmeshed in the web spun by this darkly seductive criminal. As Speelman, Glen exudes an understated yet undeniable menace that makes your skin crawl. If Ser Jorah is saintly, Speelman is satanic.

There is more than a hint of Hannibal Lecter about Speelman. “I would absolutely make that comparison,” says Glen. “It did cross my mind when I was playing this character. As with Lecter, you have a female police investigator coming to visit him in jail.

“Speelman is also a very cultured, very intelligent man, and he’s a great reader of minds. Like a lot of those very manipulative, evil people, he’s very good at understanding what makes people tick. He knows their pressure points and how to play them. He knows where their weak areas are. So certainly, Mr Hopkins did flash through my mind a few times!”

The actor did not find it hard to inhabit this very sinister character, he laughs. “I have played the odd psycho in the past, people from the more disturbed end of things. It comes disconcertingly easily to me. I don’t know why that is. I’m lovely! I look after my wife!”

People love to take extreme positions, and you’ve got to be able to express them in one or two sentences – that really takes nuance out of any debate

Glen, who possesses an easygoing charm matched by a mellifluous Edinburgh burr, was also drawn to The Cane Field Killings because, “like all those great Scandi dramas, not only did it take you on a terrific thriller ride, it also gave you a wonderful insight into society. It shows you a cross-section of South African society, from the very poorest to the landowning wealthiest.

“It’s a state-of-the-nation piece. As a tourist, you can enjoy all the many treats that South Africa has to offer. It has beautiful landscape and great culture, food and wine. But there’s still awful inequality in in that country, as there is in so many places in the world.”

However, “it seems more extreme in South Africa somehow. There is a very, very good quality of life for some. But when you fly in, you pass vast swathes of townships, and there is a lot of poverty that is really visible on the street. That is very disconcerting.”

The other character that Glen has portrayed recently is Bruce Wayne (Batman’s alter ego) in the US series Titans. It is part of the ever-expanding DC Universe. Does the actor worry that these comic book franchises are in danger of stifling more original, independent productions? “No. I think it’s OK. I think they occupy different worlds and offer different types of films that people want to watch.”

For all his success, Glen, you sense, is relieved not to be a Hollywood big shot, with all the hassle that entails. For instance, he is understanding about the stresses that may have contributed to the “What on earth?” moment when Will Smith slapped Chris Rock at the Oscars last week.

Without ever wishing to condone violence, the actor reflects, “it was bizarre, and I think that no one comes out of it particularly well. But it’s easy to underestimate the pressure that the whole evening brings. We don’t know if people are going through private nightmares of their own. Sometimes a joke can tap into something which is really sensitive.

“It was a poor joke that was badly reacted to. But it’s very easy to be overly condemning. I think that we have to be forgiving when apologies are made. Obviously, it was very distressing for everyone, but I would always err on the side of saying, ‘We’ve all made mistakes.’”

The enormity of the incident was, of course, magnified millions of times over on social media. Glen is uneasy about how the internet has exacerbated the polarisation of society. “People love to take extreme positions, and you’ve got to be able to express them in one or two sentences. And so that really does take nuance out of any debate.”

So how does Glen switch off from the pressures of the job? He loves to play the guitar, but has no plans to emulate Russell Crowe and embark on a world tour. “Definitely not! No, no, no! Playing the guitar is just something I’ve always done for my own sanity while I’m away. It’s a perfect complement to location work because you do spend a lot of time hanging around as an actor. It’s something that I’ve always just done for friends and family.”

How do his children respond to his guitar playing, then? “They just tell me to shut up!”