You are here: Home / Press / The Resident (Game of Thrones)

The Resident (Game of Thrones) 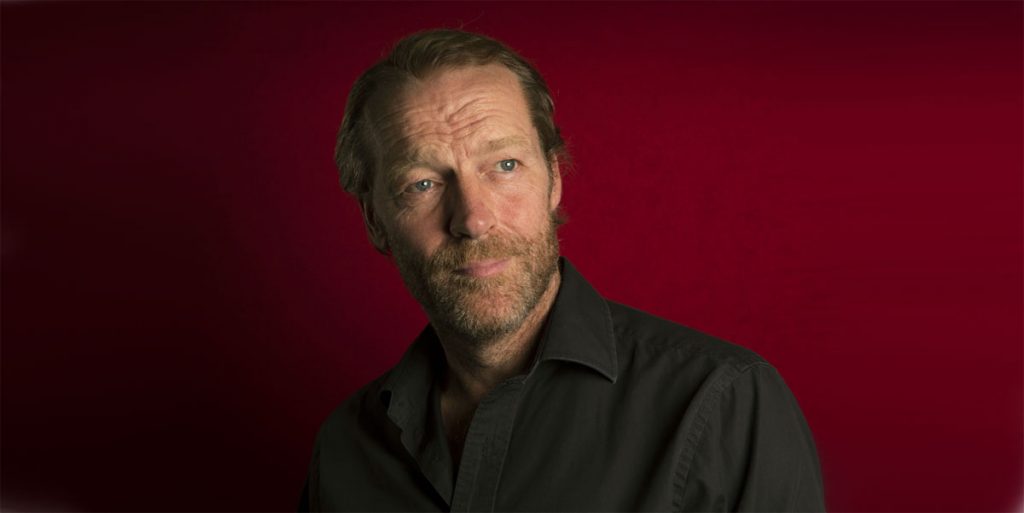 From the West End to Westeros, Dulwich’s own Iain Glen has a career many actors could only dream of

So what was it like to play Ser Jorah Mormont in Game of Thrones for a decade? And what does he have to say about the final series?

There’s something slightly rattling about seeing actors off-screen and in our everyday context. And as neighbouring conversations falter slightly when Iain Glen walks into the Dulwich Picture Gallery Café for our interview, it’s obvious I’m not the only one to feel this way.To be fair, Glen is a pretty formidable actor, having trod the boards in most of the West End’s best theatres, made his mark as Richard Carlisle in Downton Abbey and played the ultimate villain in Resident Evil.

He’s such an impressive talent that even Nicole Kidman was intimidated to act alongside him, telling The Telegraph in 2002, ‘I was so shy I could hardly speak’, when she met him ahead of their notorious West End run of The Blue Room.

But as we settle into our chat over coffee, it’s hard to imagine anyone thinking him intimidating. He’s softly spoken, warm and wonderfully considered in his conversation. Part of this comes from his lilting Edinburgh accent, which he tells me he owes quite a lot to when looking at the wealth of roles he has played so far.

‘People are obsessed with class in our country and it’s one thing that can really pin you down as an actor, but I’ve never been,’ he explains. ‘I’ve always been allowed to work across dialect and play across the classes. You’re always at the mercy of what people are willing to offer you and I’ve been pretty lucky over the years.’

It’s this transformative quality of acting that he tells me first drew him into the career as a young man. ‘I saw a double bill of Robert De Niro doing The King of Comedy and Raging Bull, which were two totally transformative performances in very different films,’ he smiles. ‘And I was looking at him with his face the size of a double-decker bus on a screen and I thought, “Jeez I would really like to do that.”’

Now 57, with some great roles behind him, he’s reaching an interesting moment in his career as he lets go of one of his most defining characters – Ser Jorah Mormont in Game of Thrones, which he has played for the best part of the last decade. The hit fantasy is set to air its final series at some point early next year.

It’s undoubtedly a role that will hang over Glen throughout his career. But while some actors might find that frustrating, he’s happy to have it: ‘There’s been a real lovely journey to tread,’ he enthuses. ‘It’s always been one of the most exciting times when those scripts came through and you’re like, “Okay what’s going on and where am I?”’

‘They always list the cast at the start of every episode and you always flick to that and go, “Am I in it? Yes I’m in it!” – that was particularly true in the last season to see what was unfolding.’

It was probably more so the case than in other dramas, given the show’s tendency to bump off major characters at unexpected points, which is one of the reasons the final series is shrouded in such secrecy. ‘I can’t really give any hints at all,’ he tells me apologetically before adding, ‘I certainly felt that they were the best episodes I’d read in many ways and I think they’ve done a brilliant job of satiating the fans’ desire for a resolve.‘It’s that really hard thing that you want to create journeys that complete but it’s full of the same concoction that people love of extraordinary surprises and the unexpected – and some really bizarre external elements that come in to push things off course.’

Game of Thrones is not the only thing on Glen’s horizon. He’s been busy filming for the third season of Delicious with Emilia Fox and Dawn French, gearing up for a feature film in Switzerland entitled “Haven” with director Tim Fehlbaum, and Mrs Wilson, a BBC drama with Ruth Wilson that aired in late 2018.

He’s also looking to reprise the role of Jack Taylor, an Irish private eye in the mystery TV drama of the same name, based on the novels by Ken Bruen, for three feature length outings filming at the start of 2019.

I wonder what impact his fame has on everyday life?

‘You do find yourself if you’re in a public place, or you’re passing through airports or you’re in a busy street, I’m aware my physicality changes,’ he admits. ‘I keep my head down and I keep going.’ But, in his typically diffident manner, he adds, ‘Who could begrudge on a daily basis someone saying, “Hey, I can’t believe it, you’re fantastic”. I think most people in life could do with a bit of that.’

Dulwich, where he calls home with his wife and children, suits him in this way, allowing him the calm of village-like life away from the busy streets of central London. ‘I love areas that have very much their own character,’ he tells me. ‘Dulwich is really a special part of the world and people who gravitate here tend not to move.’

‘It is lovely when you’re sitting here in the Picture Gallery, it’s such a gorgeous place, with this and the Horniman Museum, the park and East Dulwich Picturehouse down Lordship Lane,’ he lists off happily.

Having been in south London for the last 18 years, working his way though Peckham, Blackheath, Greenwich and Herne Hill, Glen seems completely at ease in this slice of the capital. And as we end our chat and he cycles off home, I can’t help but feel this context suits Glen just as well as any role we’ve seen him play.