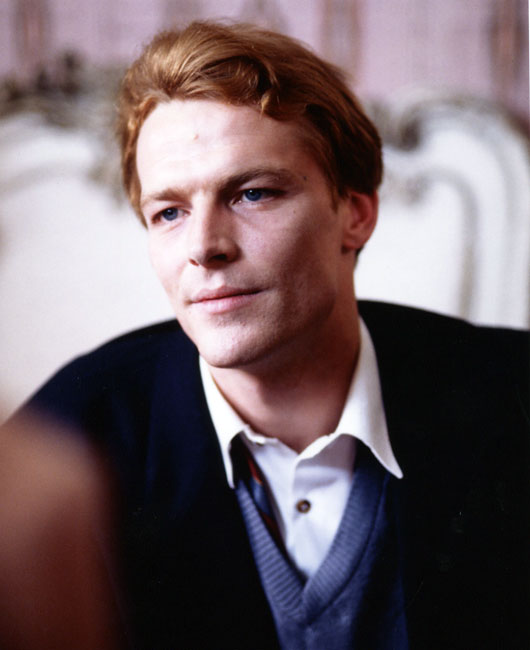 A young man in luck

With one major film award under his belt, actor Iain Glen is heading for greater achievements. He is about to prove his worth with two very different roles.

It is not so much a prediction as a statement of imminent fact that the new actor of the year is Iain Glen. He has been around for a couple of years, seen on TV in the yuppie crime series The Fear, on stage in Stoppard’s Hapgood and on film in Mountains of the Moon and Fools of Fortune. But you ain’t seen nothing yet.

Still only 29, he is about to reveal the full range of his talent in two powerhouse performances, both of which come in comparatively small-scale packages – a play at the Young Vic and a film from the British Film Institute.

But there is no mistaking an actor whose creation of a character goes beyond what is on the page and who has the capacity, not just to reveal, but to give physical form to the emotional and mental processes taking place.

The play which arrives at the Young Vic on Monday is Arthur Miller’s first work for the stage, The Man Who Had All The Luck, which disastered on its premiere in the Forties, ran four nights on Broadway and has not been seen or heard since.

The film is Silent Scream, the story of Larry Winters, a prisoner in the controversial special unit at Barlinnie prison in Glasgow, who emerged from a life of utter violence to reveal gifts of poetry and art and who died of a drugs overdose.

Glen’s performance is the sort of reincarnation Daniel Day-Lewis achieved in My Left Foot, he has already won the best actor award at the Berlin Film Festival and, for sure, there are more awards to come.

He arrived in functional casual dress right down to the open tow sandals without socks, cropped fair hair, blue-grey eyes which regularly seek the horizon and a still detectable Edinburgh accent. An accountant’s son, he left Edinburgh for Aberdeen University, fell into the drama society (where his first outing on stage was in another Miller play, The Crucible), switched to RADA where he won a gold medal and has been constantly employed ever since.

The new Miller production arrives from Bristol, staged by Old Vic director Paul Unwin, but Glen was in New York prior to rehearsals when he had an invitation to visit the playwright’s home in Connecticut.

“I went there with my girlfriend, he met us off the bus and drove us to his house. We talked through the play and he read some of it for me. He has such a gift for expression, such clarity of thought, it made it all a bit more tangible.

“I was taken by the freshness and naivety of the writing but it does not read like a first play at all. Knowing something of his later work, it was exciting to discover the seeds of what was to come. But he is as good in the character writing in this as he is in his later plays.”

To play the convicted murderer in Silent Scream, Glen went into a process of total immersion. “I spent three or four months researching it, I met his family and they helped me a great deal but it still needed a lot of improvisation.

“The film was inordinately important to me. I read this man’s poetry, I felt his pain. If there is any other writing about the pain of confinement as potent as this then I don’t know about it.”

While the offers flow in from America-“I refuse to go as a token Englishman”- he has filmed Stoppard’s Rosencratz and Guildenstern Are Dead, directed by the author. He played Hamlet, a minor role in that version, but will return to measure himself against Shakespeare’s original on stage in the New Year.

“What the hell, it’s there, the best role available for any young actor so, Christ, I might as well have a go.” We will know even more about Mr Glen after that.