You are here: Home / Press / The Times (The Crucible)

The Times (The Crucible) 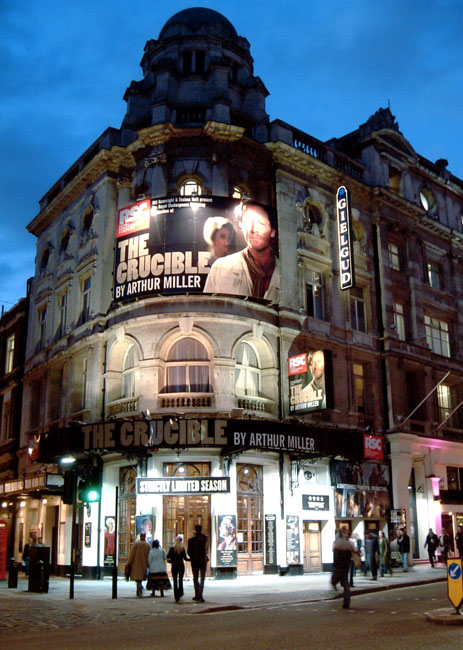 KEEPING AN EVEN KEEL

ACTOR IAIN GLEN, 44, takes a no-nonsense approach to health, and sailing helps to ground him.

You hit the headlines doing cartwheels naked when you appeared with Nicole Kidman in The Blue Room. Was it a trial?
I prefer to look at that experience from the other end of the binoculars. If you take your clothes off on stage, the audience’s sympathy goes out to you. I’m not a great exhibitionist, but I wasn’t too worried about it. The play was about sex, so nakedness was absolutely a part of it and any shyness I might have felt was taken away by simply playing the part.

How about getting candid for the camera?
Yes, I have done but it’s not like theatre. There is much more censorship in film and that particular male appendage is not particularly photogenic anyway, I find.

Is keeping trim top of the agenda?
Well, I try to keep fit and healthy by incorporating exercise into my day. There is something desperately futile, I think, sitting on a bike pedaling away in a gym and expending energy. I would much rather play tennis with one of my two brothers, than go for a workout. I excel at nothing but I love all sports.

So tennis whites are a daily uniform?
No, if I have one obsession, it’s riding a bike. I adore it.

Do you keep your bike wheels well oiled?
I cycle to and from Dulwich, South London, to the theatre every day. That’s about 15 miles, which feels the right balance for me, and gives me a level of physical activity within each day. The city looks glorious from a bicycle saddle. I cycle fairly aggressively.

Are you a BMX bandit?
Yes. As long as I don’t frighten pedestrians, I do anything to avoid traffic. And I admit that includes going the wrong way down one-way streets and cycling on pavements.

Any spills?
I have never fallen off. I’ve been pushed off, though, by an irate driver. I was studying the A-Z and the lights changed to green. I was too slow to get going and this driver jumped out of his car and shoved me off my bike. I think he was a person who was furious with his life.

Not a feeling you share?
No. I am a fairly sunny soul. I can get troubled, withdrawn and frowny, but it’s short-lived.

Not one for spiritual solace?
I do have a faith but not in the traditional sense. I was brought up in the Church of Scotland, and I do have a spirituality. I believe in prayer, as a notion of sending good thoughts people’s way. But religion has screwed itself up for centuries. So I would say for me spirituality, yes; ownership of a particular religion, no.

No vices?
Smoking is a huge pleasure, when I do do it. I have gone through 30-a-day phases, but I never like the feeling that I have got to have one. A cigarette tastes much nicer when you have a pair of oxygenated lungs to start with.

And the sauce?
I love wine, but I don’t drink every day.

GP or green tea?
GP but, more often than not, nothing. I treat all GPs with extreme caution.

Any particular reason?
A sailing accident. I love sailing; I once had a Laser, a fiberglass dinghy from which you can lean out while sailing. Once, in a moment of exhilaration, I thrust my head backwards into the water. Afterwards I had a terrible headache. I went to the GP who suggested aspirin. It did no good. Eventually I went to a specialist and it transpired that I had ruptured an artery in my neck that had hardened. I was put on warfarin for a few months. Which thinned my blood and ensured that a clot didn’t form.

Fairy godmother, please change?
There is nothing that I would change with surgery.

You seem remarkably well balanced for such a neurotic profession.
I’ve been incredibly lucky. I’ve done all right.