You are here: Home / Screen / Game of Thrones III 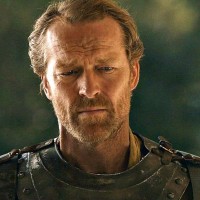 Season 3 spans several months on a world where the seasons can last for years at a time.

Autumn has fallen across the world, with winter not far behind. The people should be preparing for years of snow and ice, but the Seven Kingdoms of Westeros instead remain gripped by civil war. Would-be king Renly Baratheon has been assassinated, altering the alliances in the war. The cruel boy-king Joffrey Baratheon has won a great victory by securing an alliance with House Tyrell, with his supporters defeating his uncle Stannis in an epic battle. Joffrey now commands the largest armies in the realm and his triumph appears inevitable.

King Robb Stark remains in the field, however his homeland, the North, is partially under ironborn occupation. Robb needs to decide on a course of action to win an overall victory. He must also win back the allegiance of House Frey, whom he has offended by breaking his marriage pact to them. King Robb has won every battle he has fought, but as with old King Robert, the Starks will have to see if good soldiers make good kings.

Stannis Baratheon may be defeated and most of his army destroyed or scattered, but he is not out of the fight yet. Having retreated to his headquarters on Dragonstone island with his handful of surviving soldiers, Stannis’ status as the last legitimate heir to his older brother Robert still casts a shadow over Joffrey’s claim to the throne. With the priestess Melisandre at his side, Stannis can still influence the course of the war by striking where least expected.

The lives of many others still hang in the balance. Bran Stark and his protectors must cross the frozen wastelands of the North to reach the Wall, whilst Arya must brave the war-torn Riverlands in search of her mother and brother. Brienne also has the thankless task of taking the captive Jaime Lannister home across hundreds of miles of battlefields and carnage. Theon Greyjoy must face the consequences of his actions at Winterfell. And in King’s Landing both Tyrion Lannister and Sansa Stark must brave the currents of a much more dangerous court in order to survive.

On the eastern continent, Daenerys Targaryen has fled the political viper-pit of Qarth. Her dragons are growing and her fame is spreading, but to take the Iron Throne she will need supporters and an army. Both may be found in the corrupt cities of Slaver’s Bay… for a price.

Beyond the Wall, the White Walkers are on the move, threatening both the Seven Kingdoms and the lands of the Free Folk. While the Night’s Watch faces the threat of the White Walkers in the field, Jon Snow must infiltrate the wildling army of Mance Rayder and discover the King-Beyond-the-Wall’s plans.

Based on the novels of George R R Martin, the great brilliance of Game of Thrones ( as opposed to the little brilliances, which are the shagging and the sword fights) is twofold. First, there’s the way that anyone can die, even the main characters. One moment you’re invested in them, utterly. The next, their heads are off. Better than that, though, is the way that the magic is in the background. Nothing even vaguely wizardish happens in the first series until the very closing minutes. Damn, but it’s good. This is where it has been going, the whole genre of big budget US drama. This is as good as it gets. As lavish as a movie , but so much richer, deeper and more engrossing. It’s the third season now, though, and you don’t have a hope of picking it up from here. Go back and start from the beginning. Unless you’re still at primary school. Then don’t.

It has gone from the realm of geeky fandom to a worldwide cult TV hit in the time it takes to swing a mighty broadsword. Yet when the latest instalment of Game of Thrones, the acclaimed sword and sorcery adventure series, hits British screens tomorrow night there is a good chance that the keenest fans will have already seen the first episode. Based on George R R Martin’s best-selling series of novels, the show has become a victim of its own success and is now one of the most illegally downloaded TV series of all time, with one episode having been shared more than four million times – roughly equal to the number of legal viewers it now attracts. Taking place in the fictional, war-ravaged realm of Westeros, the epic tale – sometimes jokingly referred to as The Sopranos in Middle Earth – is loosely based on the Wars of the Roses and features X-rated levels of sex and violence. But critics have fallen over themselves to sing the praises of the series, with its Hollywood-style big budget and an intelligent and complex script. The predominately European cast, including Sean Bean and Charles Dance, is one of the largest ever gathered for a TV series.

Filmed predominately in Northern Ireland and Malta, the lavishly produced drama – the producer HBO spent $60m (£39m) on the first season alone – pivots around the competing royal ambitions of two powerful dynasties, the Lannisters and the Starks.

The anti-piracy group Federation Against Copyright Theft (Fact), the UK’s leading trade organisation protecting intellectual property rights, described this trend as not only damaging to companies investing in the series, but detrimental to local economies benefiting from the show. “HBO has helped create hundreds of jobs in Northern Ireland where parts of Game of Thrones were filmed, and has a direct positive impact on the people who live there.”
However, the show’s director, David Petrarca, downplays the effects of piracy, saying Game of Thrones has actually “thrived from the cultural buzz” generated by more people having access to the programme.

As the saga of swords , secret sigils and random sex acts returns, we find the house of Westeros variously licking their wounds and plotting revenge. This episode ia about the aftermath of the Battle of Blackwater and its function is to set the scene for an exciting third season. In King’s Landing brat-king Joffrey’s head is turned by Margaery Tyrell and, unwisely, King’s hand Tywin Lannister incurs the wrath of his son Tyrion. Jon Snow tries to earn the trust of the King Betond the Wall. Danerys Targaryen dices with a nipple-slicing barbarian and some new players enter the game. Wickedly irresistible.

This is as good as it gets. As lavish as a movie , but so much richer, deeper and more engrossing.