You are here: Home / Theatre / A Streetcar Named Desire 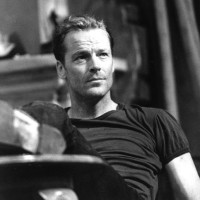 This is a time for superlatives. Trevor Nunn’s production of A Streetcar Named Desire (Lyttelton) is one of his, and the National Theatre’s, most brilliant achievements, and it confirms, if it needs confirming, Tennessee Williams’s status as one of the greatest tragic writers of the 20th Century. Glenn Close plays Blanche DuBois, and the moment she appears, you know that she is one of the lost ones. Close moves tentatively yet purposefully: she knows that Blanche is both a fugitive and an aggressor. This is a great, subtle performance thrillingly theatrical but unostentatious, and as powerful, intelligent and moving as anything I have seen on this stage.

Iain Glen gives a bravura performance: he uses his body like a matador: ruthless, confident, provocative, alert. The angle of his head, his loose, animal walk, suggest pent-up violence that enjoys exploding. Like Howard Wagner, Willy Loman’s boss in Death of a Salesman, Stanley represents the aggressive confidence and casual brutality of a victorious nation. Essie Davis is the best Stella I have seen: sensuous, tolerant, funny, mature. Robert Pastorelli turns in a wonderful performance, hard and self-deprecating: a touching but unsentimental portrait of a strong and vulnerable man to whom devotion is second nature. Bunny Christie’s magnificent set turns on the big revolve and Blanche walks, with a final effort at gentility, through the shabby rooms. Like all the truly tragic characters, she’s both a self-destroyer and a victim. She takes the doctor’s arm and puts her head on his shoulder like a dewy-eyed girl from the great house, moving towards her promised land with a protective, old-fashioned beau.

Shame on those Equity chauvinists who say that Tennessee Williams’s greatest creation, Blanch DuBois, should be played by a British actress. They should instantly skulk back to their lairs. Glenn Close answered them last night in the best possible way: by giving a performance that was incisive yet passionate, intelligent yet deeply moving. In one corner is Stanley Kowalski: in Iain Glen’s fine, fierce performance not a straightforward yob but a sexually besotted husband who, thanks to his limited imagination and quick temper, sees in Blanche only pretension, folly and a threat to his marriage. In the other is Close’s Blanche, who is a lot more than the cracked belle that actresses have made her. But Close couldn’t flower if Trevor Nun’s direction hadn’t combined with Christie’s designs to create so rich a setting. A black woman sings the blues. A chimney sweep pushes a pram complete with brushes. A prostitute propositions a sailor. It could be fussy, but in fact it’s liberating. Everywhere there’s hubbub – but above all in Blanche’s soul.

One of the defining plays of the last century has been given one of the defining productions of this at the National by Sir Trevor Nunn. he poetry, jazz and steaminess of Tennessee Williams’s New Orleans tragedy has been fully realised in a way I never expected to see. The role of Stanley Kowalski, the chippy Polish-American hunk, is taken by our own brilliant, bestial Iain Glen. This Polish-American bruiser seduces his wife’s sister, the flaky alcoholic Blanch DuBois, in one of the most explicit and disturbing rape scenes ever written. And going to pieces as Blanch proves Glenn Close’s finest hour as an actress.

Kowalski’s charged, violent marriage to Blanche’s sister Stella (superbly played by Australian actress Essie Davis) is unparalleled still in modern drama. And Sir Trevor’s production, opening up the suffocating proximity of the play with a new momentum on a stunning, revolving design by Bunny Christie, does this masterpiece a real favour of poetic realisation.

To bring out the comedy and the tragedy of Blanche, the fake grandeur and the genuine pain, is a great achievement. And Close is much helped by Nunn’s fine production which turns the play into a tenement symphony and which shows the surrounding life of the quarter.

Glenn Close slipped into Blanche’s pretentiously over-decorative shoes and brought the house down. And in this dazzling three-hour production everything revolves around her character Blanche: her pretence, lies and haunting memories. The debilitating reality of Blanche’s dirty past are all brought grippingly to life. And Iain Glen was a revelation as Ms DuBois’ rough and ready brother-in-law Stanley Kowalski. A complex character; in turn funny, detestable, hateful and desirable – tells Blanche’s suitor Mitch (Robert Pastorelli) all about her shady past. As her sympathetic little sister, Stella, Essie Davis is excellent.

This is a time for superlatives. Trevor Nunn’s production of A Streetcar Named Desire is one of his, and the National Theatre’s, most brilliant achievements.