You are here: Home / Screen / Jack Taylor: The Magdalen Martyrs 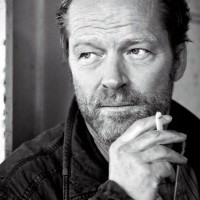 Galway Private Eye Jack Taylor is hired by the daughter of a former inmate of the infamous Magdalen Laundries to find the identity of a nun, known only as Lucifer, so called for the pleasure she took in torturing those in her care.

But files that would have shown her identity are missing from Church Records and Jack is immediately warned off further investigation by local hard man Bill Cassell. The threat serves only as red rag to a bull. As the mystery deepens it seems someone is out to avenge themselves on Lucifer by killing those she holds most dear. It’s a race against time for Jack to discover the nun’s identity and stop the clinically executed murders.

In this latest episode, a harrowing tale involving former inmates of the notorious Magdalen Laundries, the script went deeper, telling us why Jack’s mother Mary is such a difficult woman who finds it so hard to love. Novels go into that sort of detail but when they’re adapted for TV, it’s often left out in favour of sex and violence. Not here. Another reason why these adaptations have been A-class all the way through.

In tonight’s episode of these sharply observed, well acted stories Jack, wonderfully played by Iain Glen, is hired to find a nun who tortured her charges at one of the infamous Irish laundries.

It’s the last case for Ken Bruen’s gruff, drunken, foul-mouthed detective with a heart of bile, Jack Taylor (Iain Glen), as he’s hired by the daughter of a victim to track down the nun who terrorised her mother. As ever there’s a complication; and this time it’s personal. Expect lots of bleak Irish atmosphere and razor sharp one-liners from the ever-eloquent Taylor.

…these adaptations have been A-class all the way through.