You are here: Home / Screen / Devil’s Words: The Battle for an English Bible 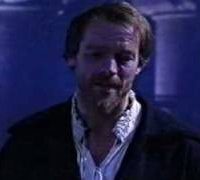 Devil’s Words: The Battle for an English Bible

Documentary dramatisation about William Tyndale, who was branded a heretic for translating the Bible into English.

The struggle to translate and disseminate the Scriptures in the English language by William Tyndale in Catholic England, during the reign of Henry the VIII; under Bishop Wolsey, then Sir Thomas Moore.

The King, wanting an heir, and after asking the Bishop of Rome to annual his marriage with Katharine (which was ultimately refused), suddenly began espousing the ideas of Protestantism (by way of Anne Boleyn) because it made kings the head of the earthly church as opposed to Roman Bishops.