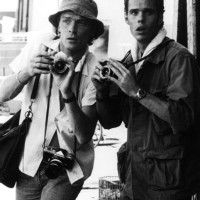 Twenty-year-old photographer Tim Page finds himself caught up in the horror and carnage of the Vietnam War.

Amidst the brutality and cynicism of war-torn Saigon, he discovers warmth and tenderness in his relationship with Danielle and later with Kate. But the bond that endures most is with Sean, the son of Errol Flynn and a fellow rookie correspondent. Together they relish taking the risks that their older and war-weary colleagues shun. And when they return exhausted from the nightmares of the battlefield, they seek oblivion in sex, drugs and rock’n roll. All are on offer at Frankie’s House.

Journalists who covered the Vietnam War experienced the conflict between moral and professional values in its most acute form. For that reason alone ‘Frankie’s House’ (ITV) would have made timely viewing, based as it is on Tim Page’s true story of a gang of war correspondents sharing a house in Saigon. But in fact this four-part series held it’s own in straight dramatic terms. This was partly due to fine performances by Iain Glen and Kevin Dillon… The script avoided sentimentalising a set of alliances made under grisly circumstances.

It’s a wonderful yarn, with lots of male bonding amidst the bullets and the brothels. A very compelling concoction.