You are here: Home / Screen / Death of a Salesman 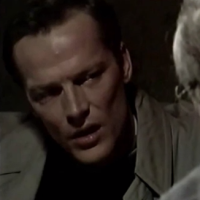 Death of a Salesman

On its New York premiere in 1949, Death of a Salesman was hailed as the first great play to question the American consumer dream, and it remains a classic study of failure.

Willy Loman, the sixty-year-old Brooklyn salesman who says ‘I still feel kind of temporary about myself’, has become an archetypal image of devouring insecurity, of the human capacity for self-deception and, through the drama of his family quarrels, of the ways in which the flaws of one generation are imprinted on the next. Perhaps Miller’s most remarkable achievement is to have furnished his shifting and inarticulate hero with an unforgettable individual existence.

This BBC version is a wonderful realisation of Miller’s masterpiece.