You are here: Home / Screen / Gorillas in the Mist 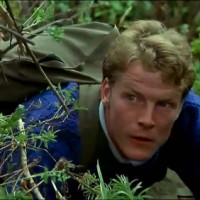 Gorillas in the Mist

Amid the deep greens and dappled sunlight of a cloud forest in Rwanda, a family of mountain gorillas is at leisure and play.

Sitting with them is a woman who mimics their movements, pretends to chew leaves and gains the acceptance of the group’s dominant silverback. That woman is Dian Fossey.

The remarkable adventure of pioneering primatologist Fossey unfolds in this film directed by Michael Apted and shot mainly in the Rwandan habitat of the Mountain gorillas. Diane Fossey was a charismatic and commanding figure, driven by a single-mindedness that proved to be both her strength and her undoing.

It’s hard to make a concrete declaration when Ellen Ripley is right there on the resume, but it’s likely that Sigourney Weaver’s greatest performance can be found in Gorillas in the Mist.

& 6 other Awards and Nominations including:
Two Golden Globes