You are here: Home / Screen / The Rig 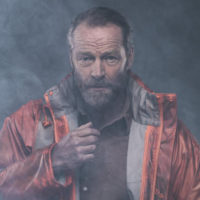 Six-part supernatural thriller. When a mysterious and all-encompassing fog prevents the crew of a North Sea oil rig from returning to the mainland, they must endeavour to discover the cause.

But all is not as it seems. Cut off from the outside world, and with the situation going from bad to worse, the crew begin to question who they can really trust.

The series will stream on Amazon Prime on 6th January 2023.

It is, of course, high-purity binge nirvana. You should, and will, gobble The Rig up like a tin of Quality Street.” […] “the direction is terrific, the editing superb and the performances top notch. The Rig is a six-hour long, Seventies-style disaster movie where the cause of the disaster is both a mind-boggling mystery and yet instantly explainable – no spoilers here but it’s humans destroying their own planet.

It does benefit from an accomplished cast, headlined by Iain Glen and Martin Compston, who provide a sense of authenticity and breaking point duress to the workers’ increasingly fearful struggle with inexplicable forces.

It’s a true ensemble, with everyone pulling their weight and no-one hogging the spotlight. Particular stand-outs include Glen as the crew’s boss Magnus, Bonnar as deck foreman Alwyn and Rochenda Sandall as medic Cat, but there’s not a weak link amongst the rest, which is impressive given the enormous cohort of central players.

The casting is excellent, John Strickland does exactly what he needs to do as director, and there’s real suspense and real agony within the narrative.

What’s immediately striking about The Rig is how well-directed it is, as evocative in its horror stylings as it is claustrophobic in moments of tension. It’s an impressive effort from Line of Duty’s John Strickland, who helms the first three episodes; there’s a real sense of scale to The Rig, from the vastness of the ocean to the complexity of the drilling station itself, and the power of outside forces both natural and unnatural stood at on their doorstep. Writer David Macpherson, meanwhile, refers back to myth and legend often (“Every major religion has its own flood story. Maybe we’re due one”), again emphasising that scale and grandeur, those unknowable forces stirring in the deep tracing back to something impossibly old.
Another testament to the scale of The Rig – albeit in a different sense – is its ensemble cast, which features more or less every acclaimed Scottish actor working. Macpherson is quick to sketch out the dynamic between the characters, what unites them and what divides them, which the cast then run with: impressively for a cast of its size (around 14 major speaking parts in the first episode alone), there’s never a danger of anyone being crowded out particularly or feeling short-changed by the series. Iain Glen, Martin Compston, and Mark Bonnar are welcome presences, as always, and Molly Vevers is a standout amongst the younger cast – around them, the group dynamic is strong, effectively tailored to the demands of the show.

It certainly helps that the show’s ensemble cast doesn’t have a single weak link — every actor here is cast perfectly for their respective character.