You are here: Home / Screen / Darkness 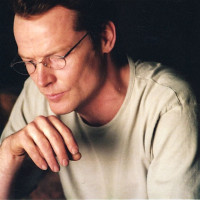 There is something in this house… something dark which lies unmoving, hidden, silent.

Waiting, crouched in the shadows for years and years, making plans. It’s medium is darkness. Only in darkness can it come to life. It lives because this house holds a secret, an act of inconceivable evil: and there is unfinished business… A new family has just moved in. A small boy with his unstable father:the perfect target.

Talented Spanish filmmaker Jaume Balaguero mixes tried and true cinematic scare devices with his own brand of macabre originality to bring a well-paced, ominous atmosphere to this supernatural ghost story.