You are here: Home / Theatre / If One Green Bottle 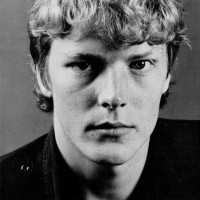 If One Green Bottle

On a euphoric wave of festival success I had dropped out of University. I was floundering in Edinburgh waiting to audition for a few drama schools, unconvinced I’d made the right move. My good friend Bill Anderson who was a dominant figure as president of the drama society when I first arrived at Aberdeen University, wrote this 45 minute monologue that we rehearsed in the my parents’ sitting room. My brother Hamish, who had lost faith in law as a prospective career, directed the play. I remember having to ask my mother whether she would mind using the magi mix later as the noise was spoiling our run through. I don’t think I have ever been so nervous as when I turned to face the audience knowing there was nothing but me and there was still 45 minutes to go: The production was a surprising wee hit and it was enough to gain me an agent and a professional engagement with Borderline Theatre Company. So when I walked through the doors of RADA a year later I was already the proud possessor of an equity card: quite an elusive item in the days when Equity ran a close shop.