You are here: Home / Screen / Impact 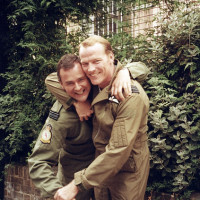 Flight crash investigators lead by Marcus Hodge are sifting through the debris caused by an explosion of a civil aircraft over rural England.

The disaster killed everyone on board and caused havoc on the ground. Despite pressure from both public and airline to declare the crash an act of terrorism, Marcus and his team are determined to reveal the truth. The investigation is thrown into disarray when it comes to light that Marcus’s estranged daughter was onboard and that she is suspected of having detonated a device mid-air.

Because of the sensitivity of the subject matter after the events of 9/11, ‘Impact’ was never screened on British Television.