You are here: Home / Screen / The Soul Keeper 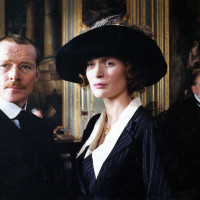 Based on extensive research, this remarkable story reveals the humanity of a woman who deserves to be more than a footnote in the history of psychoanalysis.

Sabina Spielrein was the first patient with whom Dr. Carl Jung attempted “the talking cure,” a method learned from his mentor Freud. In 1905, Jung admits Sabina into a Zurich psychiatric hospital. Her treatment becomes bittersweet as it begins to draw on her growing passion for the doctor. Initially heart broken at his rejection, she recovers and goes on to become the first female psychoanalyst in Switzerland. Sabina established the White Nursery, the world’s first psychoanalytical school for children.

The Soul Keeper is a subtle, sensitive and beautifully told romance.

3 International Awards including:
Best Film at The Flaiano Film Festival (2003)