You are here: Home / Screen / The Wyvern Mystery 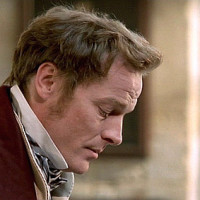 After precipitating the death of a tenant, Squire Fairfield brings the dead man’s young daughter to live in Wyvern Manor.

Alice grows up thinking the squire is her kind benefactor, and falls in love with one of his two sons, Charles. When the squire makes his own romantic intentions known, she and Charles elope, incurring the wrath of his father. They avoid the squire by living in an outlying estate where their baby is born.

But there are dark secrets in this house and Alice soon feels something more malevolent than the squire stalking her… a mysterious woman who literally comes out of the woodwork.

Based on the novel by J.S Le Fanu, this spine-chilling Victorian thriller pits fear against passion.