You are here: Home / Screen / Game of Thrones VII 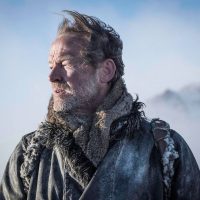 Game of Thrones is the highest ever winner of Emmys of any primetime TV show in the history of the awards.
18 Emmy Wins or Nominations including
Won Outstanding Drama Series
Screen Actors Guild Awards: Nominated for Outstanding Performance by an Ensemble in a Drama Series
Golden Globe Nomination for Best Television Drama