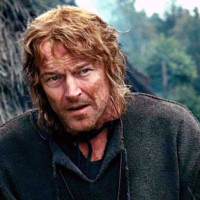 The infant Joan is born in the year 814 to a Saxon woman named Gudrun and her English husband, the Canon of Ingleheim.

This cold and hateful man is severely disappointed to have a daughter, believing that women are the source of all sin. Pope Joan is a medieval story of a young woman who is intellectually brilliant and motivated in her desire to learn all she can about religion and medicine. Over time Joan, disguised as John Anglicus, is eventually afforded opportunities at levels of power that most men never reach. Her secret, the fact that she is a woman, is known to only one man, the knight, Gerold.