You are here: Home / Screen / Song for a Raggy Boy 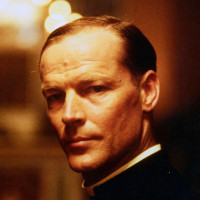 Based on a true story, ‘Song for a Raggy Boy’ is the tale of one man’s courage to stand up and fight the regime of a boys’ Catholic Reform School in 1939 Ireland.

William Franklin’s story is a powerful and dramatic journey from the bullet riddled streets of Madrid during the Spanish Civil War to the confined walls of a Reformatory School. He soon witnesses the priests systematic cruelty and abuse of the boys. A beautifully staged period piece brought to life by critically acclaimed performances, ‘Song for a Raggy Boy’ is a film dedicated to the importance of hope and self-belief in even the most difficult of circumstances.

A great film made brilliant by the sheer power of the acting. Aidan Quinn and Iain Glen are magnificent.

Glen impresses as he delivers words of pure menace with chilling sanctimony. He haunts the memory.