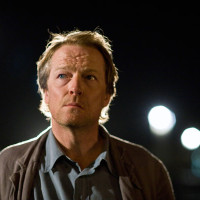 The team at Section D is in mourning following the tragic death of Ros Myer’s who was killed in an explosion whilst trying to save the British Home Secretary.

Section Chief, Harry Pearce, is hit particularly hard by the loss and he’s dismayed to learn a trusted friend has blood on their hands. Harry wants revenge and will stop at nothing to get it. While Lucas North’s past finally comes crashing down on him when he is visited by an unwelcome ghost from his past and comes face to face with Harry Pearce in a confrontation that will change Section D forever. Will his personal life and the secret he’s so desperately trying to hide take priority over his work at MI5? The new series of this thrilling drama will introduce a host of new characters (Iain Glen, Simon Russell-Beale, Sophia Miles) who shake things up and give cause for concern as Section D are left wondering who can really be trusted. Friendships will be tested and the depth of deceit will lead to an unprecedented game of cat and mouse for the Spooks.

Spooks remains as tight, gripping and exceptionally watchable as it was in series one

TV’s bravest drama series, in which the only thing to expect is the unexpected.

It’s the usual manic blend of slickness, thuggishness and po-facedness, with Simon Russell Beale and Iain Glen joining in on the breathless and unhinged fun.

Spooks has won a multitude of awards over the years, including: