You are here: Home / Screen / Wives and Daughters 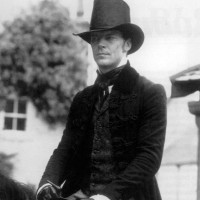 After years as a widower, village doctor Mr. Gibson has decided to remarry – something for which his naïve daughter, Molly, is wholly unprepared.

Soon Molly’s world is overturned by the arrival of an unwanted stepmother and a bewitching and beautiful stepsister, Cynthia. In spite of their differences, the two girls quickly form a close relationship. But the strength of their friendship is soon tested when the girls become rivals in love and matters are further complicated when a dangerous secret emerges from Cynthia’s past with serious consequences for them both.

The quality of the BBC classic series could not be better illustrated than here.

It’s an understated, meticulously structured achievement that showcases a handful of note-perfect performances.