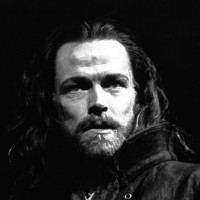 For the third time in little more than a decade, or so it would seem from all but about two of the first dozen reviews, Alan Boublil and Claude-Michel Shonberg have written a great and classical musical which nobody likes except the public. When they come to write the history of our theatre in the second half of this century, and in the process to rewrite the first reactions to it, they will, I now firmly believe, come to realize that one team outclassed in ambition and sometimes also in achievement even that of Lerner-Loewe or Rodgers-Hammerstein or Rodgers-Hart. We are now being told that Martin Guerre is ‘not as good as Les Mis’ when that opened to equally dismissive notices. Martin Guerre is as much a masterpiece of musical magic and mystery as that earlier score. The new story, lighter and brisker than Les Mis, is again the story of a community in transitional historical crisis… Declan Donellan as director wondrously brings his own intimate experience with his Cheek by Jowl and such other revolutionary small-scale touring companies as Theatre de Complicate and Shared Experience to recreate the tensions of an isolated village community… And Cameron Mackintosh’s hugely loving production ensure that whenever spectacle is needed we get it.

Now that it has reopened, Martin Guerre (Prince Edward) is a big, magnificent, epic musical, powerful and thunderous. It is what, in the old days, used to be called a great evening out… Declan Donnellan’s direction begins with an air of lavish competence, but soon explodes into tense, controlled drama. The music has an epic sweep and can release huge waves of feeling that wipe out the occasional inanities in the lyrics. Iain Glen is a heroic hero: manly, attractive and passionate. Everyone involved should feel proud of it.

The romantic story has acquired much greater depth and feeling: Iain Glen is a handsome, rugged hero who radiates an innate decency, and Juliette Caton is now a far more touching figure, with a stronger role in the narrative.